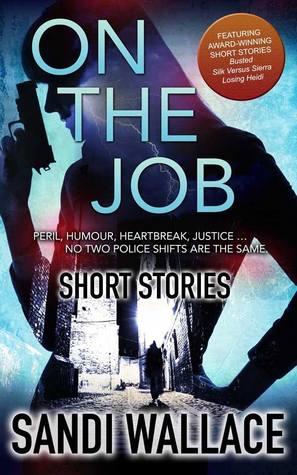 I went along to the launch of Sandi Wallace’s book of short stories ON THE JOB at Sooki’s last Friday, where an enthusiastic group gathered to celebrate the occasion.

I spoke with Sandi on The Good Life and she shared with us her early ambition of becoming a police office, thwarted – alas! -by her lack of height at a time when that was a consideration in the employment of police members.

Instead, she turned to her second love of writing about crime and the police force and has a number of award winning short stories to testify to her success in this field!

ON THE JOB features a number of short stories which have been awarded, or listed among the finalists, in a variety of literary competitions. Of course, Sandi’s name is known to crime lit enthusiasts and to fellow members of Sisters in Crime for the two full-length novels she has written, both of which have been set in Daylesford and featuring a female journalist and male police officer. She assures me that her next novel, again involving her two principal protagonists, will be partly set in our local area!

Sandi lives locally and part of the fun in these stories is recognising some of our familiar landmarks! My own rugged,winding road is featured under a different name in one story. Her short stories are, unexpectedly I thought, interwoven with poems related to the police officers about whom she writes. You can also read introductory chapters to her two full length novels.

These books are available at the Belgrave Book Barn and on the internet.

One of her short stories..she does not know which one! – is currently in the running for winning the annual Scarlet Stiletto Award to be announced this week at the Sisters In Crime dinner! Fingers crossed!

ON THE JOB – SANDI WALLACE